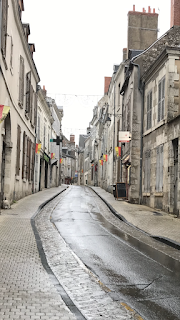 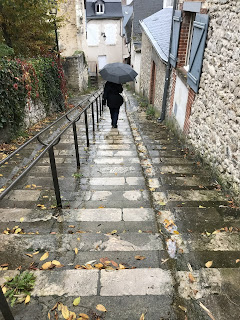 Many people have preconceptions about the French. What drives us crazy is people will tell you how unfriendly and rude the French are when they have never been here or interacted with any French people. They tell us there are only hole-in-the-floor bathrooms and you must bring your own toilet paper. Today we dispel some myths.

The first thing you must learn when traveling to France, is before you interact with any French person you must greet them properly, otherwise you are considered very rude. A bonjour madame or bonjour monsieur will open more doors than a doorman at the Ritz. No greeting? No response.

It is a school holiday in France right now so many things are on altered schedules. We arrived in Blois via train and needed to catch a bus. There was no indication of where this bus might be. We stuck our heads into the doorway of a bus that was going the opposite direction and the kind driver left his post and walked us down the platform to where the one we needed would show at some point. People are happy to help when you show a little effort and they realize how bad your language skills are compared to theirs. Even if they don’t speak any English at all we manage to figure things out. Speaking like Tarzan and acting out charades have done very well for us.

Our Airbnb hostess has left us treats in the morning like fresh homemade butternut squash sweet potato soup with a vegetarian base. She offered to drive 20 miles to pick us up from a garden. Tonight she brought us fresh organic apple compote that she made. This Airbnb is immaculate with ironed and starched sheets and tea towels. It is not like most Airbnbs where we must clean when we arrive and the towels all seem to be sour.

The public restrooms have all been free, which I admit is a change. We used to have to pay a euro. They do not provide toilet seats, I guess it is one more thing to clean. The men’s room is interesting because often there is a woman in there cleaning when a man goes into use it. Nobody seems to look or care. The bathrooms are clean and more plentiful than I remember. As for toilet paper I am including a picture of the dispenser from the ladies room. I was curious to know if the men’s only had one because it looked a little boobish. What I love the most is the doors go from floor to ceiling with no crack down the side. Total privacy. Gender doesn’t matter because nobody can see. This is not particular to the French but all over Europe. Why do most Americans have a big gap in the bathroom door?

People do not pick up after their dogs here so there is dog poop everywhere. Paris has street cleaners that come out every morning but smaller towns do not have that. That is a negative.

People don’t smoke like they used to. It may be due to Covid and masking, but we rarely smell cigarette smoke. The perfume isn’t as strong as it used to be either.

The sun rises later here. I’m attaching a photo of one from almost 9 o’clock this morning. It was the end of our good weather but now it is absolutely pouring. It is in the 50s so we are still very comfortable.

Yesterday we took an 18 mile bike ride along the Loire to Chateau Villandry to see the magnificent gardens. We still managed to walk 6 miles!

It was 68° yesterday. The French must be immune to heat. The picture of the ladies in the puffy coats and scarves show the typical dress. Everyone wears puffy coats and scarves. John and I were in short sleeves and jeans and dying. I don’t know how people can wear this much clothing when it is almost 70°. Places tend to be kept very warm as well. Maybe it’s because the French are so thin?

The final observation is that Well we have seen very few berets, it is very common to see baguettes under their arms at the end of the day! Now, that is a custom we can follow!

One additional photo I had to include was the quick reads dispenser at the train station. To promote literacy, you could get a child’s story or a grown-up story printed out on receipt style paper. How cool is that! 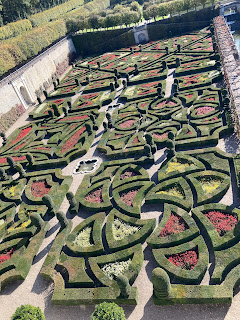 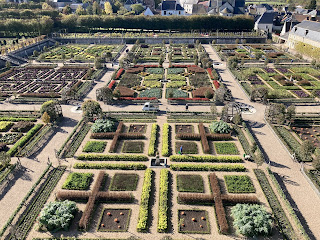 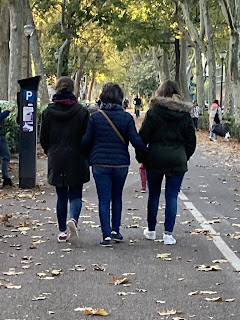 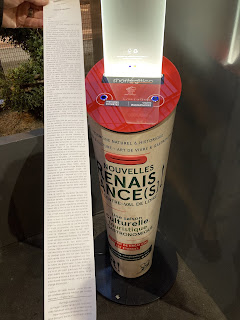 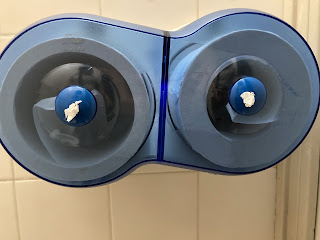 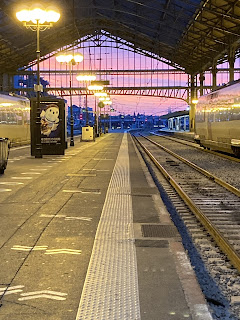 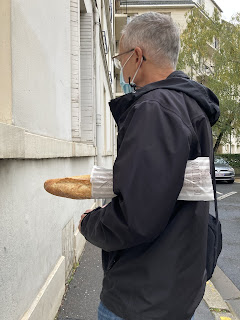 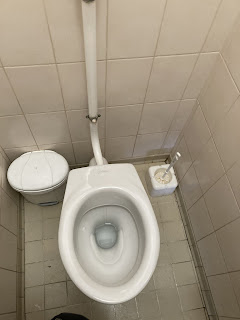 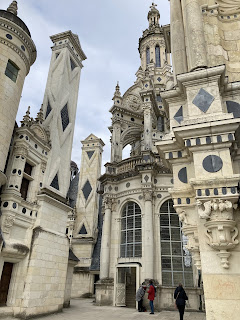 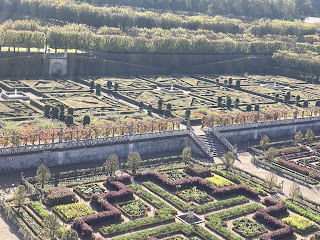 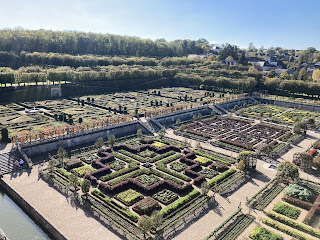