La Rochelle is a coastal city in western France about one hour north of Bordeaux. We had considered Bordeaux as a potential city for our third chapter of life, but we learned it gets too hot in the summer, it is expensive, and it is huge. Then someone suggested La Rochelle.

We exited the train station and had the area to ourselves. Really? This was amazing! We began the 25 minute walk to our Airbnb. Two blocks from the train station and we were at the old port marina...with literally thousands of tourists. Wall-to-wall outdoor cafes filled to capacity and every inch of sidewalk stuffed with the great unmasked.

We met our Airbnb hostess and asked if the crowds were due to the school break that was ending this weekend. She just laughed and said it is always like this, with even more people in the summer. Egads!

We elbowed our way to the Monoprix grocery store, paid the 60% higher prices for groceries and lucked upon a back street to our room.

Our room is quiet except for the regular carillon from the neighboring cathedral which is truly lovely.

The weather here has been absolutely divine...for Oregonians. Sunday, we got up early to beat the crowds and walked the large neighboring park (complete with requisite donkey) and back to the coast for another 7 miles. (11.75 total for the day) Wild olive bushes lined portions of the path and the sweet fragrance was magnificent. A blowing misty rain was our only companion and it was glorious!

The path went along the inlet to the port and out to an abandoned military battery the Nazis had constructed during WWll. We found a hidden entry that had been pried open and did some exploring. (Pictures below)

The sun came out for our return walk and we finished our waterside trek as the throngs began to arrive.

Monday, we were to explore île De Re, a local island. We got a map from the lady at the information desk, waited for bus number 3 behind the building as instructed, boarded the bus and went nowhere near the island. Turns out there are two buses numbered 3 run by different companies that both load at the same time at the back of the building. The nice bus driver gave us detailed directions we couldn’t understand and left us to venture back to the bus depot. The next bus was loaded with teenagers on their way to school and nary a mask to be seen.

We got off the bus, gave up on the planned outing and walked two miles to a marais- French for swamp. We had it all to ourselves, except for hundreds of birds. It was a warm, sunny day, with cool gentle breezes...and a swamp. Perfect. Seven miles done and permission to visit a pâtisserie for a quiche and pastries!

So, if the rapture came and all the people were beamed up, LaRochelle would be a heavenly place for us to call home. As it is now, it is our idea of hell on earth and we are looking forward to our next leg of our journey in Brittany. 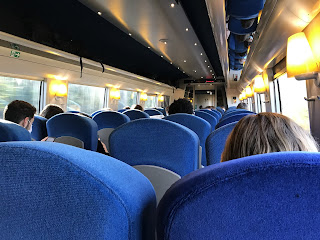 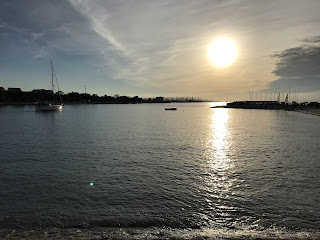 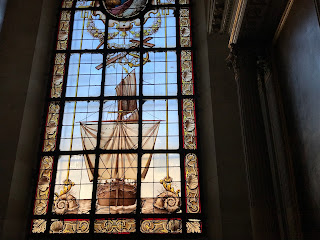 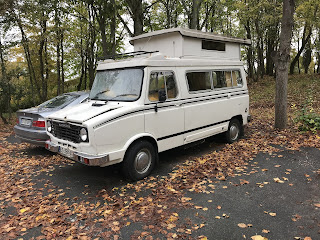 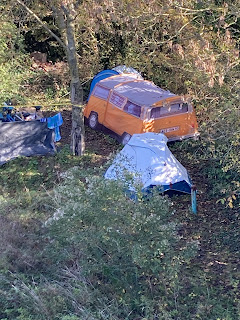 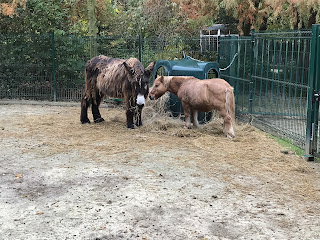 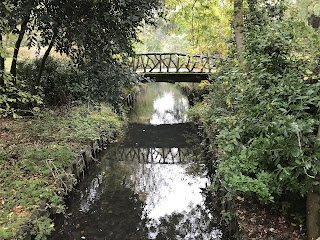 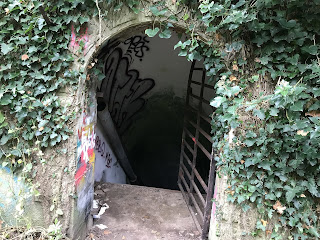 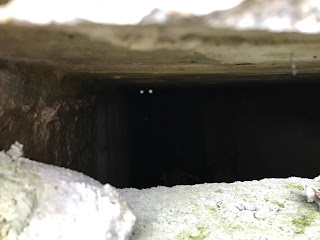 At the battery, snooping inside a walled off area via phone. 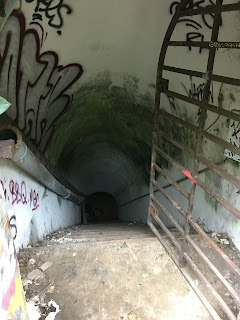 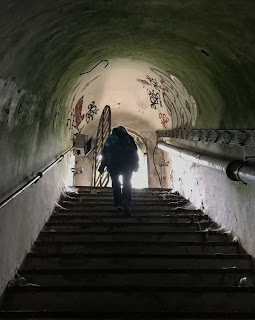 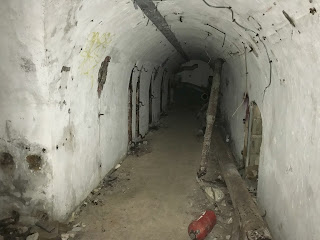 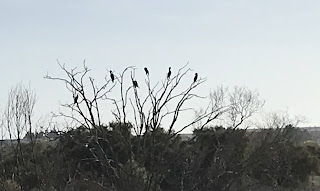 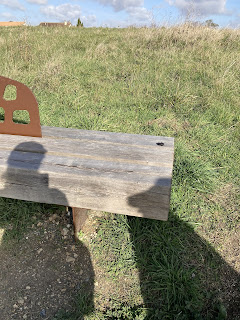 Dog poop on the bench. 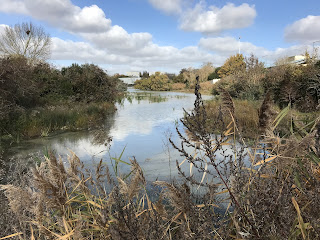 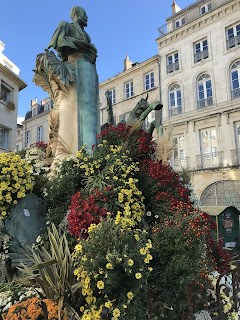 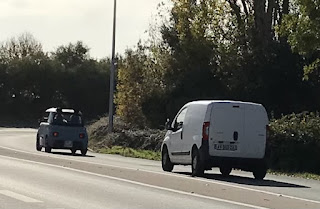 An Ami!!! It looked like two 60-something Americans driving it. I’d lay money they are from a state without drivers license reciprocity! 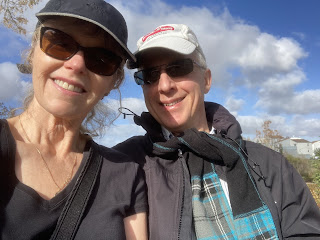 John looking almost French with his coat and scarf. Kat in short sleeves, hair off neck and hat blocking sun…not French yet. 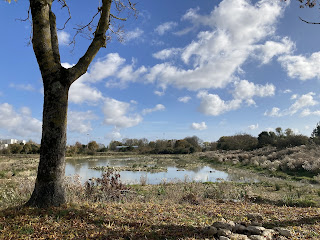